A few months ago it was announced that fans attending the upcoming 2018 FIFA World Cup are going to need special identity cards. 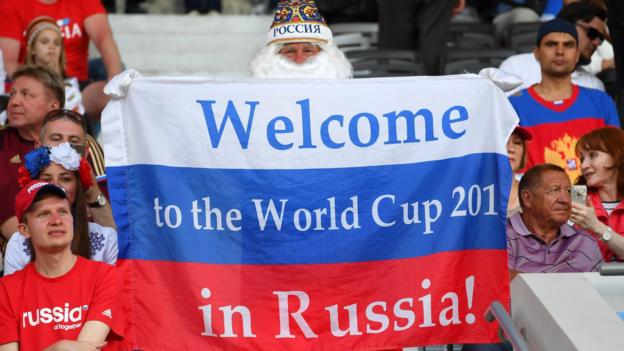 This is expected to help solve some issues that have been popping out in recent tournaments involving extreme violence between the supporters who are going to matches.

“Fan-ID is a must for all spectators, it’s a rule. All fans are required to have the identification passport, which will allow our foreign guests to visit Russia without having to obtain a visa,” the Russian Deputy Sports Minister Natalia Parshikova said.

During the 2016 UEFA European Championship which was held in France, there was a frightening event that occurred after supporters of England and Russia broke out in fights while a match between those national sides was taking place.

This resulted with Russia receiving a fine of €150,000 as well as getting a suspension disqualification from UEFA as it was their own fans which appeared to have initiated this disastrous incident.

These identity cards will also serve as visa to be able of entering the country and will be issued by Russia, so it´s a necessity to have one of these cards for anyone that is interested in going to the stadiums and watch their preferred national side compete against the rest of the world.

Foreigners who don’t have a visa won’t need one as they will just have to utilize the identity card in order to get into Russia, so these cards can be utilized for different purposes.

The president of FIFA, Gianni Infantino has stated that it´s because of this as well as other innovations and changes that are going to be implemented in the upcoming 2018 FIFA World Cup that he is not concerned about threat of hooliganism and things of this nature occurring in the approaching worldwide football competition.