Premier League side West Ham United suffered their first pre-season defeat this summer after they were beaten 3-1 by Europa League finalists Rangers on Tuesday. The Hammers had no answers to the three goals scored by their hosts just after the half-time break before they scored their own goal later in the half. 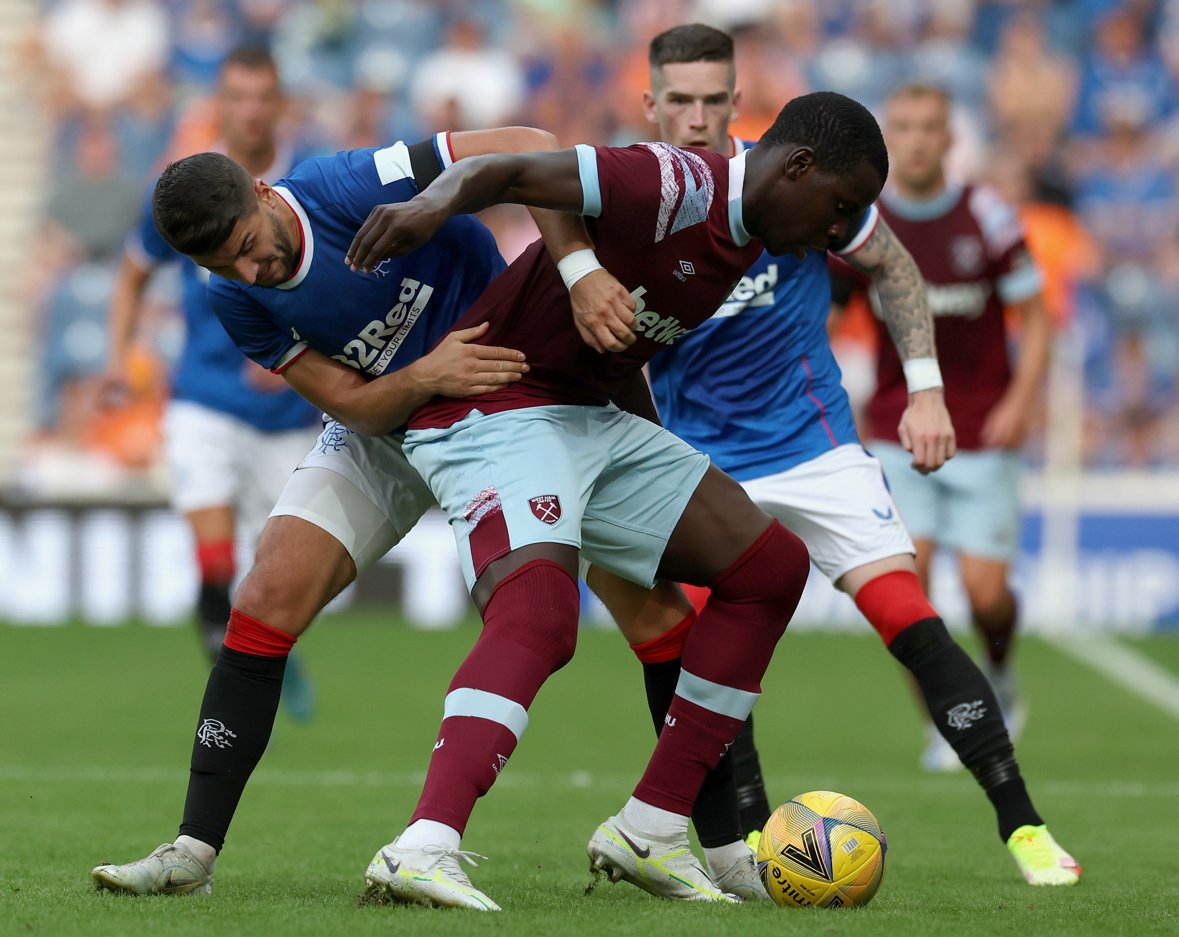 West Ham United started their pre-season schedule with a 2-0 win over Swiss team Servette on Friday, July 8. AjiAlese and DivinMubama got the goals for the Hammers at the expense of their hosts. Four days later, West Ham United played 1-1 with Horsham Wood and defeated Ipswich Town 2-1 with the two games happening on the same day. Last week Saturday, hosts Reading and the Hammers played out a 1-1 draw with Croatian star Nicola Vlasic getting the lone goal for the visitors. West Ham United would then suffer defeat at the hands of Rangers away from home three days after the Reading game.

Rangers had too much quality for West Ham United especially in the second half on the way to an impressive win. The Scottish giants raced into a two-goal lead over the Hammers after four second half minutes on the back of the first half ending in a goalless draw. Rangers manager Giovanni van Bronckhorst made some changes at the half-time interval and they paid off with substitutes Tom Lawrence and Rabbi Motondo getting on the scoresheet.

Lawrence gave Rangers the lead two minutes after coming on as a substitute before winger Ryan Kent added a second goal two minutes later. Two minutes shy off the hour mark, Motondo added a third Rangers goal to put the game beyond the reach of the Hammers who pulled one back through Tomas Soucek on 70 minutes. West Ham United could not score more goals for the last twenty minutes of the goal as Rangers secured an excellent win.