West Ham are reportedly interested in England international Jordan Pickford according to reports from England.  The Sun claims that Everton are looking to sell the England shot-stopper in the summer and this has kept many clubs on alert.

It is understood that West Ham have indicated interest in the 25-year-old as they seek a long term replacement for current number one Lukas Fabianski. The Hammers are thought to be preparing a bid worth £50 million for the services of the player in the summer. 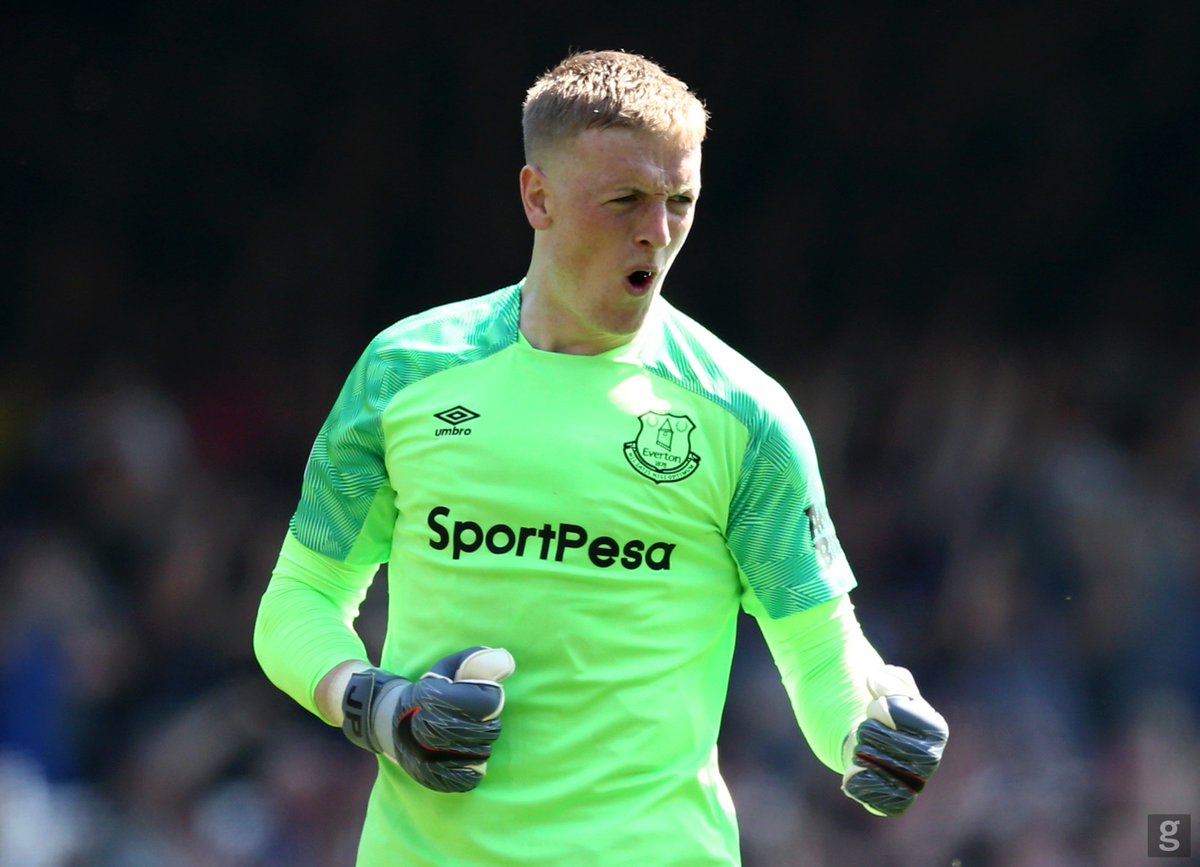 However, there could competition as fellow London side Tottenham Hotspur are also interested in the goalkeeper. Pickford has enjoyed a sharp rise to the top and became the England number one last summer on the back of his impressive performances for Everton last season.

This season has been a torrid one for the normally reliable stopper as he tops the league in errors leading to a goal which includes the clanger in the Merseyside derby earlier in the season.

Everton manager is reportedly fed up of his mistakes and the club are looking to ship him out this summer as it feels that he could fetch a decent price in the transfer market. The Goodison Park outfit are thought to have lined up Burnley stopper Nick Pope as his replacement in the summer.

Pope is considered as one of the best young goalkeepers in the league and currently valued at around £10 million.  Pickford looks more likely to take up Tottenham’s offer as he would be able to play for a club with genuine title credentials.

Current stopper Hugo Lloris has been under pressure this season as his errors have become increasingly regular which has cost Tottenham points. Pickford would be a long term replacement for the long-serving Spurs stalwart.