Arsenal midfielder Aaron Ramsey is set to miss the 2018 World Cup qualifiers coming up next month against Austria and Georgia due to hamstring injury. 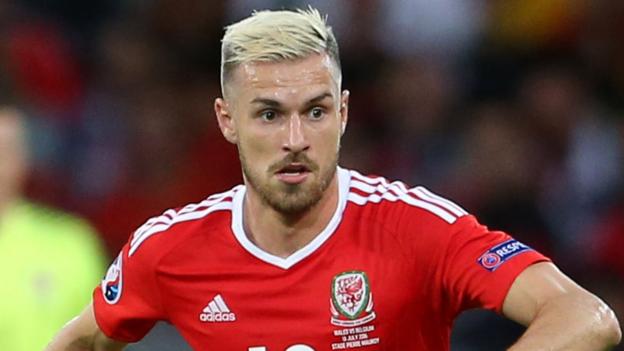 The 25-year old Wales international has not played any game picking up an injury on the opening game of the Premier League this term.

Ramsey has highly instrumental in the Wales national team set-up that broke a fifty year old record to reach the semi finals of the Euro 2016 hosted by France. Wales started their 2018 World Cup campaign on a bright note, thrashing Moldova 4-0 in September. They are billed to take on Austria on October 6th, then Georgia three days later. Ramsey was impressive during the run to the Euro semis but missed the semi final game against Portugal as he was suspended.

In the list of players released for the qualifiers, Midfielder Jonny Williams would also be absent despite returning to training with Ipswich where he plays on a loan deal. George Williams was also left out, but Shaun MacDonald has been called up to national team duty. Hal Robson-Kanu, Sam Vokes, Ashley Williams, Gareth Bale, Joe Ledley, Joe allen, and all the other regulars would be present as Wales seek for a spot in Russia.

In the Northern Ireland set-up, striker Will Grigg will miss the qualifiers against Marino and Germany due to family reasons. The partner of the Wigan player gave birth, so the manager Michael O’Neill said: “Will asked to not be in the squad due to a family situation, which I’m not going to go into. It’s a blow for Will – he’s been on the scoresheet and I had a good chat with him.

Kyle Lafferty of Norwich, Josh Magennis plying his trade with Charlton, Conor Washington of QPR and Ross county’s Liam Boyce are the options to lead the attack, according to O’Neill.