West Ham United manager David Moyes has said that he won’t sell prized asset Declan Rice for £100m. According to him, the West Ham midfielder is worth more than £100m as the big clubs in the Premier League continue to monitor the development of the player. Declan Rice is the West Ham deputy captain and he has captained the Hammers on several occasions especially when team skipper and long serving player Mark Noble is not on the pitch. David Moyes spoke about Declan Rice in his latest interview ahead of the Premier League clash with Leeds United on Monday night. The Hammers welcome newly promoted team Leeds United to the Olympic Stadium on Monday night hoping to get the win that would take them to the top five on the Premier League standings. 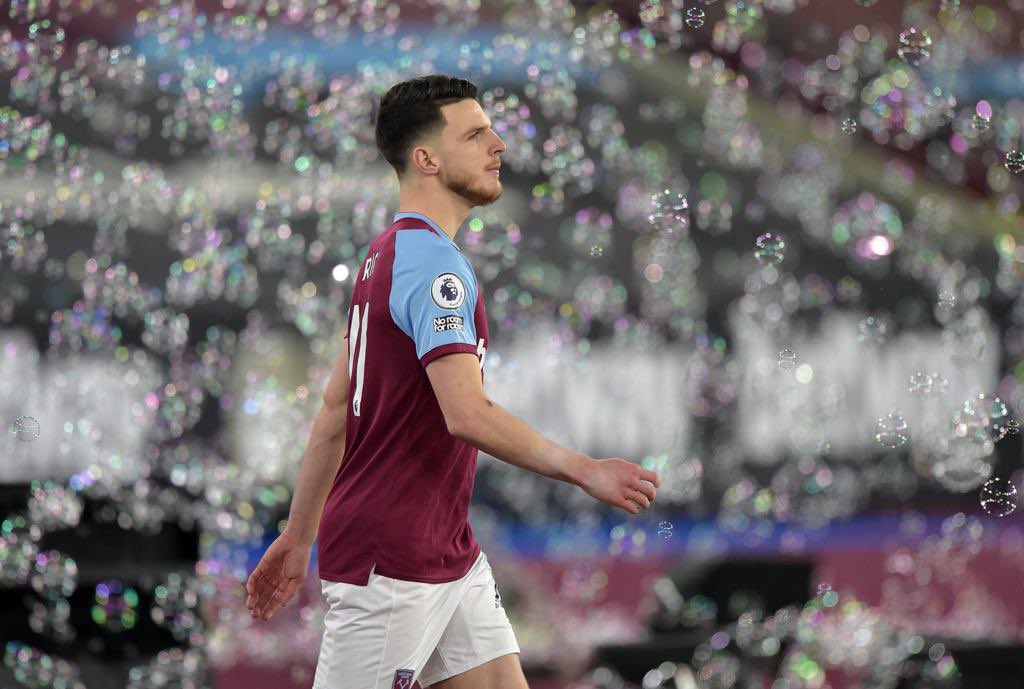 On Declan Rice, David Moyes is not in agreement with the West Ham United owners David Gold and David Sullivan. The owners value Declan Rice at £100m and they would definitely be willing to do business if a club offers that transfer fee for the England national team star. David Moyes doesn’t believe that Declan Rice needs Champions League football to stay with the Hammers beyond this summer. The player recently talked about qualifying for the Champions League with West Ham United. David Moyes says the player has a contract with the Hammers and he believes Rice won’t leave the club despite the interest from the bigger Premier League teams like Chelsea and Manchester United. David Moyes says the possibility of qualifying for European football is a new territory for Declan Rice who’s used to battling with the relegation zone in his time in the West Ham United first team. Rice was at Chelsea before he was released at the age of 14. He signed for the Hammers and came through the various age teams at the club before being drafted into the first team. Declan Rice has grown to become an important player for both club and country in recent times.