Arsenal have boosted their bid for a top-four spot in the Premier League after their London Derby win at Chelsea. The Gunners were able to breathe life into their quest for a Champions League place thanks to the 4-2 win over home team Chelsea. The Mikel Arteta-led team were able to avenge their 2-0 defeat at the hands of the European champions when the two teams met in the league at the start of the season. 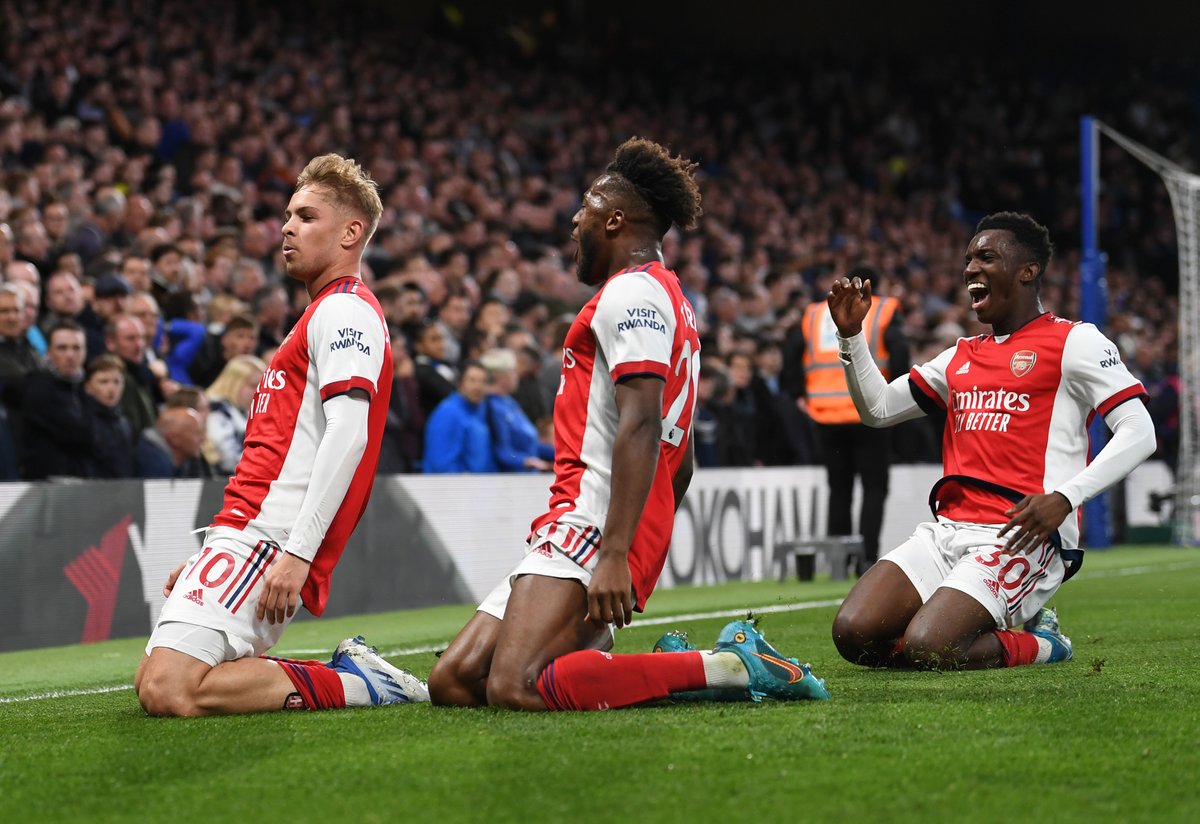 Former Chelsea Academy player Eddie Nketiah was a thorn in the flesh of the Blues as he scored twice against his former club either side of the halftime break to lead the Gunners to a morale-boosting victory which ended a poor run of three consecutive league defeats.

Arsenal twice led in the first half through the impressive Nketiah and Emile Smith-Rowe before they were pegged back by Timo Werner and Cesar Azpilicueta respectively as the two teams went into the interval with two goals each. Nketiah added his brace to edge Arsenal ahead around the hour mark before Bukayo Saka wrapped up the game from the spot in stoppage time after he was fouled by Azpilicueta in the Chelsea box.

With the latest victory at Stamford Bridge, the Gunners have now won on their last two visits to Chelsea in the Premier League after the corresponding fixture last season ended in a 1-0 win thanks to the goal from England international Emile Smith-Rowe very early in the game.

Arsenal were also able to move level with North London rivals Tottenham Hotspur in fourth place on the log. The two North London teams are in the top-four battle with West Ham United, Manchester United and Wolverhampton Wanderers. Spurs and Arsenal are on 57 points, while Manchester United and West Ham United are in sixth and seventh spot with 54 points and 52 points respectively. Wolves are in eighth spot with 49 points.

For Chelsea, they would be hoping to bounce back from the defeat to Arsenal on Wednesday when they take on West Ham United at home in another London Derby this weekend.